The Need for Newer and Improved Antibiotics

The global dependence and misuse of antibiotics has resulted in a major challenge for the healthcare industry – the rise of antibiotic resistance. There is no doubt that antibiotics have the potential to save many lives. However, as more and more bacteria become resistant to existing antibiotics, it is becoming even more crucial to develop new and improved drugs. 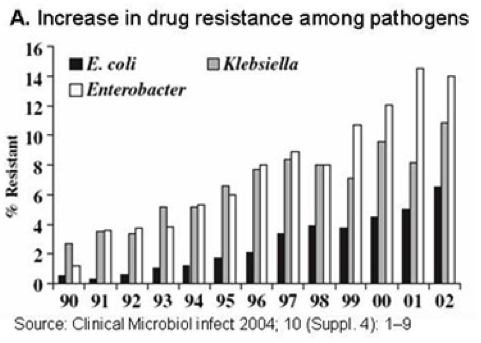 Increased drug resistance among pathogens versus reduced development of new drugs. A growing proportions of selected pathogens resistant against the antibiotic drug ciprofloxacin. Similar increase in resistance was measured for most commonly used antibiotics. 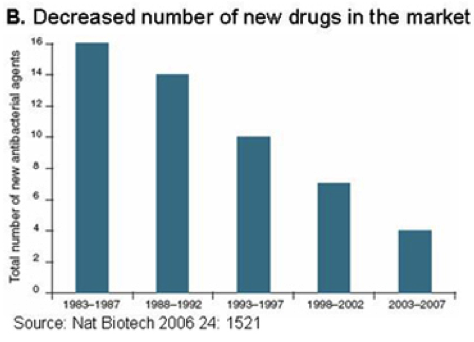 The number of new antimicrobial drugs approved by the FDA between the years 1983-2007. 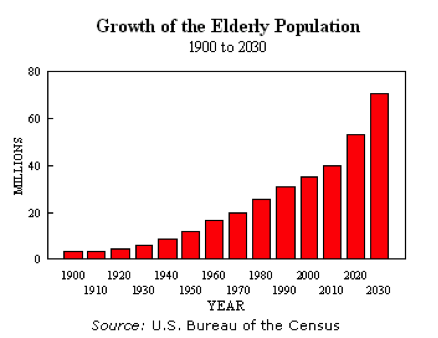 This is especially true when we realize that MRSA infections are a leading cause of infections and in some cases, death. Hospital-acquired infections affect approximately 11.7 million patients annually in the US and cause nearly 99,000 deaths every year. MRSA was responsible for 0.1% of all deaths and 0.2% of all hospital deaths between 2008-2012. There is a definite need for a new generation of antimicrobial drugs. However, this need is still unmet since the number of new antibiotics being introduced is constantly declining. Clearly, there is a need for some urgent action to help expand the clinical arsenal of drugs that can be used to treat infections effectively.

The number of pathogens now resistant to ciprofloxacin, a second generation quinolone antibiotic, is on the rise and the same is true for many other commonly used antibiotics. The increasing resistance has not been matched with an equal increase in the development of new drugs.

There are certain segments of the population who are likely to be more affected by growing antibiotic resistance than others. Patients who suffer from other diseases can be more vulnerable as ineffective antibiotic treatments can cripple their ability to fight routine infections and can result in other health complications. In addition, treatment of several medical conditions such as cancer, organ transplants, joint replacements often requires antibiotics as do patients suffering from chronic diseases such as asthma, diabetes and rheumatoid arthritis in case they develop infections.
Elderly patients for example typically suffer from more chronic conditions, require greater number of operations, have weaker immune systems and are more susceptible to hospital acquired infections. They will be significantly affected as bacteria become more resistant. Similarly, those undergoing chemotherapy have a higher risk of developing infections and may urgently require effective antibiotics so that they can be protected from complications or death. Also, patients who undergo cardiac bypass, joint replacements and other complex surgeries are at risk of developing surgical site infections (SSIs). Many of these patients are given antibiotics post-surgery to help prevent infections. Patients with arthritis, those who undergo dialysis treatment as well as transplant recipients are also at a higher risk of infections. Overall, antibiotics are a critical component of life saving and life improving therapies and offer an advantage that is slowly fading away as current antibiotics continue to lose their effectiveness.

CRE infections are becoming increasingly difficult to treat as the carbapenem-resistant Enterobacteriaceae bacteria become more resistant to nearly all the antibiotics available today. Over 9000 healthcare acquired infections are due to CRE. Statistics show that around 4% of patients in the US who are hospitalized for a short duration end up with a CRE infection as do nearly 18% of those who are hospitalized in long-term acute care. Nearly half of hospital patients infected from CRE bacteria die from the infection due to the lack of effective antibiotics.

MRSA bacteria is responsible for many illnesses ranging from skin and wound infections to pneumonia and bloodstream infections that could possible result in sepsis and death. Staph bacteria, including MRSA, are among the most common healthcare associated infections and the growing resistance to nafcillin, oxacillion and cephalosporins is an area of concern. The CDC reports that around 80,461 invasive infections and 11,285 MRSA infection related deaths occurred in 2011.