Today the BBC news website released two separate stories on the growing threat of anti-biotic resistance and the dangers this poses to human civilization. 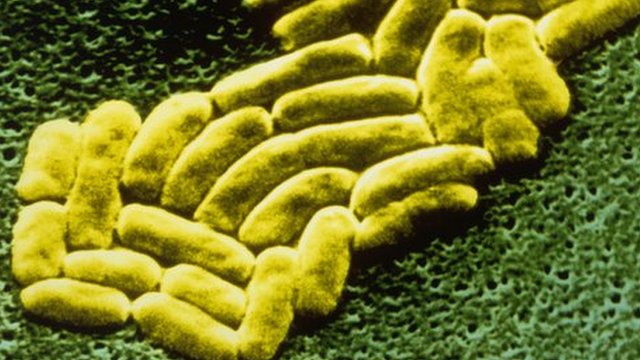 One of them, titled “Antibiotics resistance ‘as big a risk as terrorism’ – medical chief” makes for a pretty scary headline! It warns “routine operations could become deadly in just 20 years if we lose the ability to fight infection.”

Dr Ibrahim Hassan, a consultant microbiologist at Wythenshawe Hospital in Manchester, said there are more cases of patients with bacterial infections resistant to antibiotics – meaning there are fewer treatment options.

[…] We’re beginning to see that in some hospitals, patients coming in with this infection with no antibiotic that can be used to treat them.”

The piece goes on to suggest that it’s not as profitable an industry as many other categories of drugs, and therefor the major pharmaceutical companies are not investing in developing new types of drugs to fight resistant strains of bacterial infections.

“We haven’t had a new class of antibiotics since the late 80s and there are very few antibiotics in the pipeline of the big pharmaceutical companies that develop and make drugs,” [Professor Dame Sally Davies] said.

“We haven’t as a society globally incentivised making antibiotics. It’s quite simple – if they make something to treat high blood pressure or diabetes and it works, we will use it on our patients every day.

“Whereas antibiotics will only be used for a week or two when they’re needed, and then they have a limited life span because of resistance developing anyway.”

The story contains some eye-opening analysis about the pharmaceutical industry’s incentives, priorities, and focus and the business of anti-biotics.  It goes on to suggest better awareness and education, along with the development of new classes of anti-biotics, are required to combat this growing challenge.

The second article by the BBC News website is equally as scary, starting with the opening lines, “A terrible future could be on the horizon, a future which rips one of the greatest tools of medicine out of the hands of doctors. A simple cut to your finger could leave you fighting for your life. Luck will play a bigger role in your future than any doctor could.”

The article goes on to describe, with less political implications and more science than the first, the scale and severity of the issue. This is a global problem, exacerbated by our international travels and importation of numerous products in our daily lives. The root causes, including mis- and over-prescription of oral anti-biotics by doctors and the excessive use within industrial livestock practices – though the article notes that “Europe has banned the use of antibiotics to boost the growth of livestock as it can contribute to resistance. But the practice is common in many parts of the world and there is a similar issue with fish farms.”

A fascinating sidebar describes the mutation process in bacteria and how they gain resistance to anti-biotics so quickly:

Some bacteria can double in population numbers every 20 minutes – compare that to how long it would take a couple to have four children.

It means mutations, which can nullify drugs, can emerge quickly. But there’s more. A bacterium can swap bits of their genetic code with other bacteria, even from different species.

It’s called conjugation and is a bit like going for a walk and swapping genes for hair colour with the neighbour’s dog – beneficial mutations really can spread in the bacterial world.

Finally, one other voice of reason comes from the man who started it all:

Sir Alexander Fleming made one of the single greatest contributions to medicine when he discovered antibiotics.

He noticed that mould growing on his culture dishes had created a ring free of bacteria, he’d found penicillin.

It was the stuff of Nobel Prizes, but in 1945 the spectre of resistance was already there.

In his winner’s lecture he said: “It is not difficult to make microbes resistant to penicillin in the laboratory by exposing them to concentrations not sufficient to kill them, and the same thing has occasionally happened in the body.

“The time may come when penicillin can be bought by anyone in the shops.

“Then there is the danger that the ignorant man may easily underdose himself and by exposing his microbes to non-lethal quantities of the drug make them resistant.”